I was born with a rare congenital disorder that affected my right tibia. It can also be associated with neurofibromatosis type one, which is an inherited disorder. My diagnosis came at just six weeks. I had my first surgery at 8 weeks. They took hip graft and inserted a rod in my leg and I remained in a body cast for 8 weeks. Then I was placed in a long leg cast for 4 weeks. I was then fitted for my first of many braces.

I had three more surgeries after that and several breaks in the next couple years. At the age of six, we had to make a difficult choice of having another osteotomy or symes amputation. We chose symes amputation due to the long healing process of the other surgery and because of how fragile my bone was, so my activities had limitations.

I did well until my rod in my leg slipped and I required another surgery in January of 2015. After removing the pin my bone began to bow. Do to the continual bowing and the fact I was almost done growing, we decided it was time to move on to below the knee amputation. I received my prosthetic a few months later.

I am now a freshman in high school. I can’t express my gratitude enough for the gifts I was given this past summer. I was able to run for the very first time in my life without any kind of pain. Thank you from the bottom of my heart. 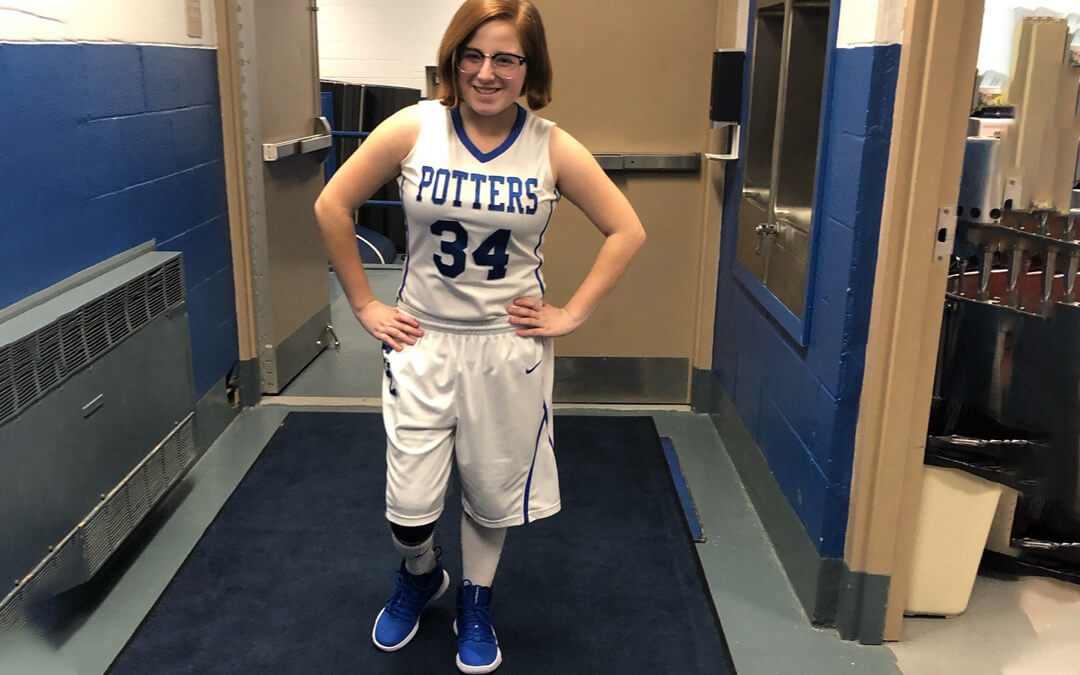